Following football, the world’s most loved sport is a good enough reason to crazy on any day. There’s so much stuff to banter about, or even hold a meaningful discussion, when it comes to the beautiful game.

To add some water to this never-overflowing sea, bcft is here to make a telling contribution. Whether you are a confirmed football fan, or a newbie seeking to get in on the sport everyone is talking about, you have come to the right place.

The Premier and Champions Leagues 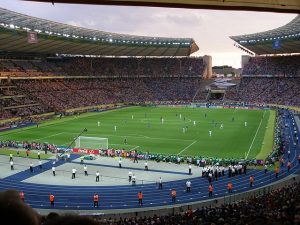 world? Do you subscribe to this notion, or are you on the side which sees this as an absurd claim? Whatever side you are on, here’s a good chance for yet another conversation on the never-ending debate.

We also explore the recent improvement of English teams on the continental platform. With four teams likely to reach the quarters in 2019, just a year after Liverpool finished in second place, is England poised to recapture Europe?

What about the changing dynamics in the Premier League? Has power shifted or are Arsenal and Manchester United just on vacation? Read on for greater insight.

Europe is the home of football, but just how much does the continent control the global game? We take a look at how other world leagues are influenced by European leagues and its effect on their national teams’ performances.

Modern football relies heavily on sponsorship. We take a look at how the dynamics come into play, as teams weigh principles against financial need.