Among the various channels that football clubs use to find revenue to keep them afloat, sponsorship takes a front seat. Every year, numerous clubs around the world hold meetings with potential sponsors to discuss possible partnership. A sponsorship deal offers the team a financial boost, while at the same time, gives the sponsor publicity that promotes their brand.

There are various sponsorship models that teams and sponsors can enter into. These include: 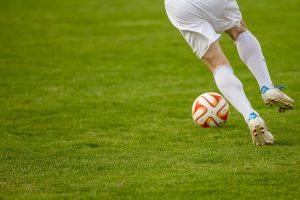 Some teams even negotiate separate sponsorship deals for the shirt and the sleeve. Arsenal, for instance, have a ‘Fly Emirates’ logo on the front of their shirt and a ‘Visit Rwanda’ inscription on the sleeve.

What, then, should guide a team’s selection of a sponsorship partner?

There really is no fixed rule to be followed when picking sponsorship partners. Some teams, however, insist on picking a sponsor that conforms to the club’s brand and values. For this reason, Barcelona remained without a shirt sponsor for some time. They eventually partnered with UNICEF in a ‘goodwill sponsorship’, but appear to have gone back to the mainstream and are currently sponsored by Japanese e-commerce company, Rakuten.

The commercialisation of football at the highest level has made it difficult for teams to have many options when choosing a sponsor. Many teams have been taken over by new owners who hardly identify with what they would consider their culture.

The steep rise in the market costs of transfers, wages and other operational fees mean teams do not have the liberty to look much farther than the financial worth of a sponsorship deal. So long as it is a legal entity, almost anything goes.

Few teams can thus, in the modern football world, stick to principle as a guiding factor when seeking sponsorship.