If you ever doubted the power of European Leagues in world football, then here’s one more stat to make you believe. Football confederations across the world are re-aligning their competitions to fall within the same calendar as that used in Europe.

Towards the end of 2018, the Confederation of African Football (CAF) 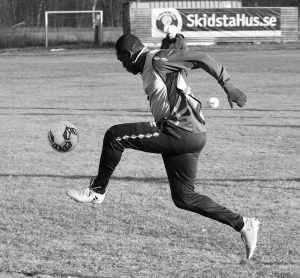 announced that football leagues in its member countries would switch from a February to October model and instead use the European August to May model, starting 2019. As a result, the closure of the 2018 season witnessed a rushed start to the 2018-19 season, so that it ends at the same time as the major European Leagues.

The African Cup of Nations, Africa’s version of the Euros or Copa America, has been moved from January to June. It will now run in the same way as other summer tournaments, like the Euros or the World Cup.

The league in most South American countries runs from January to December, while the Major League Soccer season runs from March to October. Both competitions have at one time mooted the option of altering their calendars to match those of European leagues.

Eventually, the football world will need to have a harmonized calendar so that national football and club competitions do not clash. In the past, for example, European clubs have shied away from signing African players for the simple reason that they might be unavailable during the African Cup months. The same applies to South American players.

Leagues have sometimes had to be rushed during World Cup years, given that FIFA laws do not allow clubs to keep players away from national duty. As stakeholders continue to debate the most suitable model to follow, it appears more than likely that the European leagues’ model will become the benchmark.