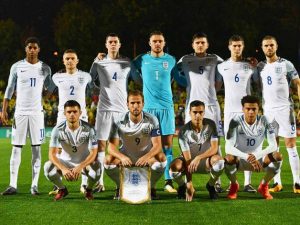 world. They make a good case by showcasing some of football’s biggest stars (but they don’t have Messi, Ronaldo, Mbappe, Neymar…) and by being the most watched league in the world. It is also the most attractive league in terms of transfer fees and player payment (again, La Liga has a case here).

However, the failure of their league quality to reflect in England’s national team has been a major stumbling block in their pride. Even more incriminating has been the inability of English teams to perform on the largest continental showpiece – the UEFA Champions’ League.

Going into the 2019 edition, English clubs have gone six years without winning the European title. In the overall number of titles won, England have won 12, the same as Italy, and six less than Spain. English teams often failed to make it past the round of 16 in that period.

That said, the era around 2019 might just be the time when English teams can finally reclaim their lost glory. Internal and external factors appear to be aligned in their favour. For starters, Liverpool went all the way to the finals in 2018, where they lost to Real Madrid. They bemoaned the loss of Mo Salah to injury, but that is neither here nor there.

In 2019, England could possibly have four teams in the quarters. Tottenham had it easy against Dortmund, while United pulled off a major comeback against PSG. And those are not even England’s strongest teams at the moment.

Holders Madrid had a miserable campaign and got knocked out spectacularly by Ajax. Bayern Munich is struggling, Juventus have their work cut out against Athletico, and Dortmund are already out. Which means Barcelona is probably the competition’s biggest contender.

Can an English team go the distance and salvage the nation’s Champions’ League reputation?