In the early years of the 21st century, the main teams likely to win any season 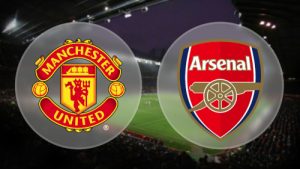 of the English Premier League were Arsenal and Manchester United. Actually, in those years, the most likely question someone outside England would have been asked in regards to English football was ‘Are you Arsenal or Man United?’

Now, two decades later, the English top flight has undergone an evolution and is now an entirely different competition.

For starters, a number of teams that were key competitors have sunk to the lower divisions – with no signs of a quick return. The likes of Wigan Athletic, Bolton Wanderers, and Charlton Athletic now only line up against top-flight sides when they manage to reach the advanced rounds of the FA Cup. Many young fans have never seen these teams in the top flight. Newcastle United, a former powerhouse, nowadays struggles to remain afloat.

Arsenal and United no longer share a title duopoly. In fact, they are often not present at the party, with the likes of Chelsea, Manchester City, Tottenham and Liverpool crashing in and kicking them out.

Chelsea was the first ‘outsider’ to crash the title party after a takeover by Russian billionaire Roman Abramovich in the mid-2000s. They secured their first title in 2005 after close to half a century’s absence. Since then, more takeovers have continued to upset the traditional balance.

Manchester City, a former shadow of their city neighbours, underwent a similar change of ownership. They are now regular title contenders and probably the most feared team in England right now. They are yet to win the Champions League but are a force to reckon with on that front too.

Liverpool, an ever sleepy giant, has always shown signs of getting back to their full potential, but has not quite managed it as yet. They were in the 2018 Champions League final; can they better that in 2019?