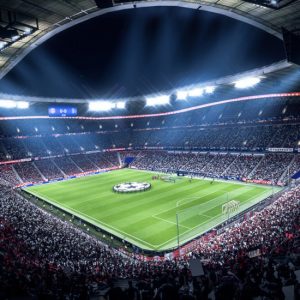 Even where teams do not win the domestic title, they are always fighting to finish in a spot that qualifies them for the following season’s UEFA Champions’ League. In England, for example, finishing in the top four is in itself considered a victory, and teams are always competing for it. Where teams cannot achieve this feat, they are always looking for an alternative route, which is the Europa League, the second tier of European club competition.

Winning the Champions League perches the club at the top of football glory. It is the epitome of a successful season in which a club has trounced all giants on the continent to come out on top. It doesn’t matter if they did not win their domestic cup (like Chelsea did when they won in Europe and finished sixth in the EPL).

It is a great source of bragging rights for players, coaches, fans and everyone who is associated with the winning club.

By extension, it pretty much places the winner on top of the world. Most teams that win the UCL go on to win the Club World Cup, a tournament that brings together champions from all of the world’s confederations. Since its inception in 2000, European clubs have won 11 of the 15 editions of the Club World Cup (it was not played between 2001 and 2004).

Besides bragging rights, playing in the Champions League guarantees a huge financial profit for all teams involved. From participation to winning fees, it remains hugely lucrative as it offers clubs profits and money for further investment.