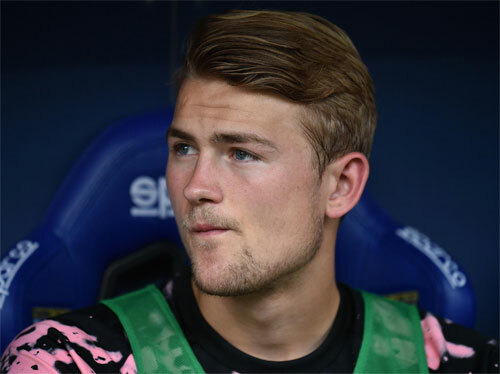 “On the one hand, you think De Ligt will play because he makes Juventus cost a lot of money. But for a club with Chiellini and Bonucci, the coach may have another option. When choosing Juventus, De Ligt travel to another country and he has to learn a new language, it takes time, but of course, it doesn’t take too much time. I’m still not worried, but if the situation is still happen as in October, I will think about his instable pace” said coach Koeman on August 25th 2019.

Juventus let De Ligt sit on the bench during the 1-0 win over Parma on the opening day of the Serie A. This is unusual after the club accepted $ 84 million to buy this midfielder during the summer transfer window.

Before coming to Juventus, De Ligt made a big contribution to winning the Dutch double and putting Ajax in the Champions League semi-final. He also attracted the attention of a series of big clubs, including Man Utd, Barca and PSG.

After months of speculation, De Ligt decided to choose Juventus as a new stop. However, due to the difference of Italian football environment, he still could not integrate with the new team. In the last match, Juventus midfielders are still the duo veterans Bonucci – Chiellini. Koeman addedthat he talked to De Ligt two weeks ago. “He said he had to adapt to Juventus play and defense. It was something different from what he worked at Ajax in Italian football, in his place, people prioritized keeping clean sheets “.

This weekend, when Juventus meets Napoli, De Ligt’s ability to enter the pitch will become clearer. After that, he will return to the Netherlands to play two Euro qualifiers against Germany and Estonia.