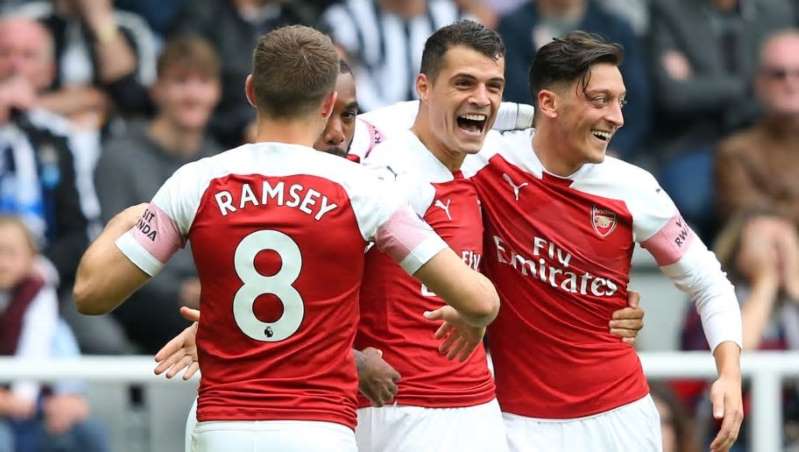 After much hesitation, the identity of Arsenal’s new captain was finally confirmed. According to the BBC, that name is Granit Xhaka – the Gunner captain in 6/8 matches passed this season.

Since French midfielder Laurent Koscielny has left, Arsenal has not much choice for the captain position because both goalkeeper Petr Cech and Aaron Ramsey have also parted ways with the Emirates Stadium. There is nobody who really has enough combat experience and long dedication time for coach Emery to hand over the captain’s armband.

However, the latest news release. To maintain stability for the club, Arsenal has also announced a new captain. Accordingly, Mesut Ozil is not a chosen name.

Previously, Ozil and the Swiss midfielder were bright candidates for this position. But with the diligence, Xhaka received the trust from a large number of Arsenal players to become the new captain at the club.

At the age of 27, Xhaka is one of the most important factors in the midfield of the team. The fiery style of play and the determination help the Swiss star to win the trust of coach Unai Emery. The fact that he becomes the new captain at Arsenal will probably make the Gunners fans happy.

Reportedly, after determining the new captain, the Emirates Stadium team is considering who will play the role of vice captain. Notably, Ozil is not on this list, and the Pierre duo are put on the priority list – Emerick Aubameyang and Alexandre Lacazette.

For Xhaka, the match against Manchester United on October 1 in the round of the 7th Premier League will be the first encounter he launches and proves his fan as a new leader at the club.

Granit Xhaka was the Arsenal captain in the 2018/19 season, and he is also one of the captain in Switzerland. He absolutely has enough experience to inherit Koscielny’s armband.