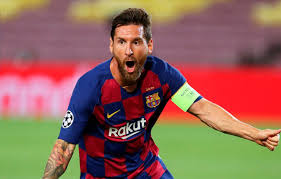 According to ESPN, Barca makes it difficult for Messi with two conditions that surely the Argentian superstar will never accept. After Messi sent a fax to Barca’s Board, he asked to leave immediately in the form of a free transfer.

According to Sky Sports, Messi no longer considers himself a Barca person. The proof is that La Pulga did not participate in the mandatory Covid-19 test. And then he did not appear in the first training session of Barca under coach Koeman.

BLD Barca of course wants to keep Messi, because the Argentine superstar is an icon, a legend living in the Nou Camp. But once Messi has not changed his mind, Barca will not easily lose the number one star of the team.

BLD Barca maintains the point of view. Messi must sign a new contract or not negotiate. Messi had to pay his own ransom. Or any team that wants to recruit Messi will have to pay 700 million euros for La Pulga’s contract release fee.

According to ESPN, if Messi wants to legally leave, the Argentine striker will have to meet two conditions. Barca will actively liquidate the contract. But Messi will not receive the remainder of his salary for 1 year and more importantly. La Pulga will not be allowed to play for another team in the 2020/21 season.

Of course, Messi will never accept these two “utopian” conditions because M10’s career is not much when he is 33. In the short term, Messi’s father – Mr. Jorge – will have talks with the Chairman. Bartomeu has come up with a solution to the breakup.

It is almost certain that Messi will not accept the conditions that Barca offers, especially when his career is not long. But the Barca side insists that the term is valid until June every year only.

The legal battle between Messi and Barca is expected to continue to be tense in the near future.