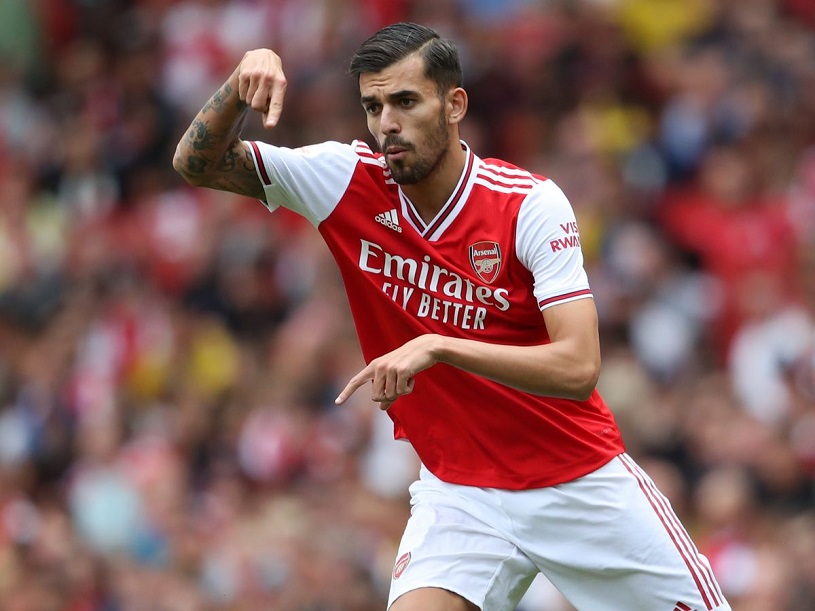 Two assists of the Real player helped the Emirates Stadium win 2-1 in the second round of the Premier League, on August 17.
Dani Ceballos left the field in the second half, when Unai Emery coach wanted to strengthen his defensive ability from the middle of the field to preserve the advantage 2-1. But in 83 minutes on the pitch, the Spanish midfielder is the bright spot.
Ceballos was Arsenal’s two-line assists, including a corner which led to Alexandre Lacazette’s opener, and the ball was robbed and passed to Pierre-Emerick Aubameyang to seal the victory. Besides, the player borrowed from Real Madrid also impressed with the excellent performance in midfield. Technically, his confidence in holding the ball, his excellent ability to escape pressing helps Arsenal play elegantly, effectively in every state transition from defense to attack.
If luckier, Ceballos even scored a goal. In the 63rd minute, he handled the technique in front of the area 16m50 and then made the goalkeeper Nick Pope fly out of range to push the ball into the corner, saving Burnley.
The inspiration Ceballos brought also helped his teammates play better. Lacazette marks the return of injury with a goal opener. Aubameyang continued to show sharpness when playing left and right and the skill of finishing off with a dangerous kick to score the second goal for Arsenal. Young players like Nelson, Willock and Guendouzi continue to impress in the second game in a row with their main kicks.
Burnley is not an easy opponent to be bullied, and more or less makes Arsenal difficult in 90 minutes. But all they did was to remove 1-1 in the 43rd minute from a rare situation of rookie midfielder David Luiz with an error, indirectly helping Ashley Barnes get the ball and lower Leno inside face to face. Sean Dyche’s army would have conceded a lot more if Pope goalkeeper have not many saves. VAR also saved Burnley once in stoppage time, as he determined Nacho Monreal’s offside when Reiss Nelson kicked off the Pope net.
The 2-1 result against Burnley helped Arsenal for the first time after 10 years winning both the first and second round of the Premier League.