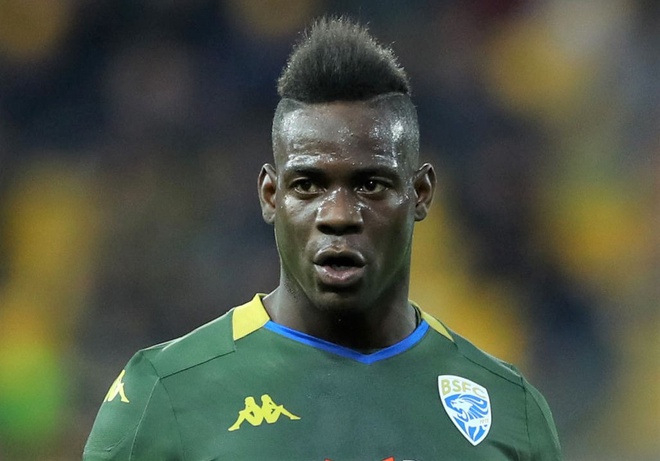 Balotelli has been away from home since the Covid-19 outbreak in Italy. Facing the complicated developments of the Covid-19 epidemic in Italy, striker Mario Balotelli called for the suspension of sports activities to ensure the safety of everyone.

Mario Balotelli has called on Italian football officials to postpone the organization of the matches. About 233 cases of infected patients have died in Italy so far and this number has no sign of stopping.

Italian Player Association President Damiano Tommasi called for the delay of the organization of matches. Agreeing with this proposal, Balotelli said: “I agree 100 percent. Money cannot buy health. Every day wake up, do not write rubbish like: But you are protected! Don’t take away the only joy that the people in the epidemic have at the weekend for us.” The next two rounds of Serie A have been rescheduled to a week. Meanwhile, the confrontation match between Juventus and Inter Milan, will take place this weekend. The matches will take place on the field without spectators, at least up to 3/4.

He said: “Or stop them from losing money? Don’t think so ridiculous. Each one is aware of the seriousness of the problem. You health cannot be underestimated.”

The striker explained the behavior above: “I just blurted out, and unfortunately the referee heard and kicked me off the pitch. But that was only because I missed the word. Since returning to Italy, I did not cause trouble for anyone “.

Balotelli started playing football for Brescia from the beginning of the 2019/20 season after spending time in France. So far, he has made 5 goals but that is not enough to help Brescia escape the relegation positions.

From the day he returned to Brescia, Balotelli did not cause any trouble as his previous habit. He said that he is working hard to participate in the Italian squad for Euro 2020 here.