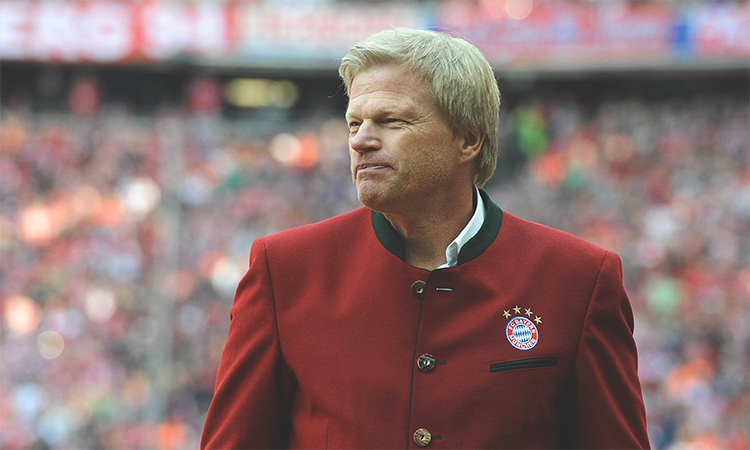 German legend goalkeeper Oliver Kahn has been appointed to the board and will take over the seat of Bayern Munich CEO from the beginning of 2022. Kahn will take the club’s supreme leadership after current CEO Karl-Heinz Rummenigge runs out his tenure on December 31, 2021.

Kahn is a monument of German and Bayern football. He has played for Germany for 82 times, as the second team captain at the 2002 World Cup. In Bayern, Kahn has 14 years of service (1994-2008), played 632 matches in all competitions, won eight Bundesliga titles and Champions League (2001).

After retiring in 2008, Kahn worked as a TV BLV, studied and earned a professional coach degree in 2010, and worked on a number of community football projects. In February 2012, after two years of business administration at the University of Seeburg, he earned an MBA, with a thesis on “Strategic Management in German Professional Football”.

In the process of finding a new leadership team, inheriting the elders like Uli Hoeness, Rummenigge, Bayern has long targeted Kahn for the club’s future supreme leadership position. The former goalkeeper and his former teammate Hassan Salihamidzic – who currently holds the position of Sports Director – are expected to refresh the leadership team, bringing wings to Bayern’s ambitions in the near future.

“Taking over the role of Bayern CEO is a great honor, I would like to thank the leadership team of the club for their trust. I have a deep connection with this club, which has contributed significantly to shaping my life,” Kahn said.

In parallel with the vote of Kahn, the Bayern leadership on July 30 also parted with President Uli Hoeness, who announced his retirement after decades of attachment as both a player and a manager. Hoeness believes Kahn will succeed with Bayern.

He said: “Oliver Kahn is a legend. We believe he is the ideal solution for the future CEO of Bayern. In the next two years, Kahn will be directly guided and trained by Rummenigge, then take responsibility. He will become a brilliant Bayern CEO. “